Roll up; roll up, for the most mysterious, magical and magnificent experience of your life! An enormous exotic caravan has suspiciously arrived in town complete with strange characters that entertain, amuse and beguile. Are you ready to watch and learn from the Les Enfants Terribles’ Marvellous Imaginary Menagerie? 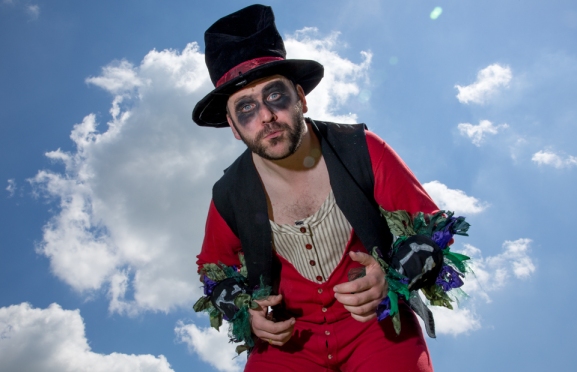 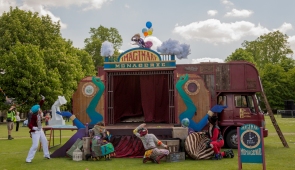 If Roald Dahl and Tim Burton had ever met and decided to open a travelling circus, the result might have been something close to Les Enfants Terribles’ superb storybook world of Dr Lonitude’s Marvellous Imaginary Menagerie. ***** Edinburgh Spotlight

Charming without being patronising; clever without being arch: Oliver Lansley and Anthony Spargo have created another world of wonder which conjures up all the wide-eyed magic of childhood no matter what age you happen to be. Spotlight

Les Enfants Terribles have created something special here: a magnificent carny sideshow, with cool puppets for the little ‘uns, bawdy gags for adults and an appealing, colourful set design for both. A fantastic cast of six sing, clown and effortlessly swap characters, with a nod, a wink, and a doff of the tit-fer to the Victorian fairground. Better than any family show has a right to be.’ **** The List

Les Enfants Terribles clearly excel at this madcap style of colour-blasted bells-and-whistles high-energy storytelling. It’s done with pace and panache and a flamboyant absurdity that will delight both the grown-ups and the little ’uns. A Younger Theatre